Peter Simon Pallas (1741-1811) was a German scientist with a strong interest in birds. Pallas made important contributions to early Russian and North American ornithology. He is credited with first descriptions of sixteen North American species.

Pallas was born in Berlin. His father was a professor of medicine at the University and Chief Surgeon at the Charite Hospital. Pallas entered the Medico-Surgeons College as a medical student, then studied at Halle, Gottingen and Leiden. During his formative years he explored the diversity and richness of the natural history collections in museums in London, Amsterdam and The Hague. About 1756, aged 16, his interest in ornithology had progressed to the point where he developed his own system for classifying birds. (Stresemann: 65). In his early 20s he was recognized as a leading expert in 18th century natural history and ornithology.

As a result of his passion for natural history Pallas never took up a career in medicine. Highly talented, with a passionate interest in natural history, and well connected, Pallas settled in Holland where he wrote scientific papers and provided technical advice to natural history collectors using the new Linnean system.

By 1765 Pallas was known to many prominent natural historians including Thomas Pennant. Linnaeus described him as "a most acute young man and remarkably well versed in entomology, ornithology, and the whole of natural history" (Stresemann:65). 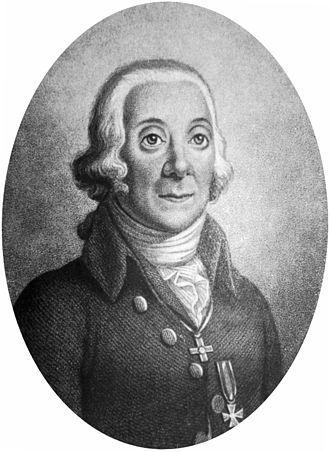 In 1767 Pallas was invited to St. Petersburg by the Empress Catharine the Great. By the time he arrived in St. Petersburg Stresemann describes him as "an international celebrity". Pallas quickly collaborated with other scientists, including fellow German, Samuel Gottlieb Gmelin, at the St. Petersburg Academy of Sciences. Samuel Gmelin was the son of Johann Conrad Gmelin, first son of the patriarch Johann Georg Gmelin, scientist from Tubuingen (1674-1728).

The Academy was charged with carrying out investigations in many branches of natural history. It was also charged with studying the transit of Venus. In 1768 Pallas was appointed a professor at the Academy. Before setting out on his own travels Pallas examined the Academy's zoological collections including specimens from George Steller’s explorations in 1741-42 to Alaska, Bering Island and the Kamchatka Peninsula. He illustrated descriptions of five of the most striking species, including Steller's Eider and Stell'r’s Eagle. These were published in his Spicilegia zoologica, a series of monographs on mammals and birds. Most of Pallas's works were originally published in Latin and later translated into English and other languages.

Between 1768 and 1774 Pallas and Gmelin were members of expeditions sent to Siberia to observe the transit of Venus and collect valuable specimens in natural history. Pallas ventured as far as northern Mongolia before finally returning to St. Petersburg in 1774.

In keeping with the wishes of the Tsar, Pallas wrote up his notes at the end of each collecting season. Despite difficult field conditions he was able to send finished manuscripts back to St. Petersburg for publication. His knowledge of European natural history collections was so complete and unerring that he has been accredited with describing 220 species of flowering plants, 45 mammals, and 78 birds new to science.

The results of his multi-year expedition were published in 3 volumes as Travels through various provinces of the Russian Empire, 1771, 1773 and 1776. Travels, re-published in 2 volumes in 1802, included the results of his own Russian ornithological research as well of those of Georg Steller, Carl Merck, naturalist on the Billings Expeditions of 1785-1793, and others.

The published results of the Cook expedition to the Pacific Northwest encouraged Pallas to recommend a Russian expedition to explore and chart the Arctic ocean between Asia and America. This resulted in the 1786-94 Billings expedition with naturalist Carl Heinrich Merck. This resulted in the collection of over 200 specimens of 120 species of birds, including 20 new to science, mostly from the Aleutians. Please see the Billings Paper for details.

Because of the commonality of flora and fauna of eastern Siberia and northwestern North America and his early adoption of the Linnean nomenclature, Pallas is credited with describing sixteen species of birds new to science found in North America. He was also credited with first describing the genus, Cepphus, the Guillemots.

Many of the plant specimens collected on these explorations have been found in the collections of the Natural History Museum, London. Russian collections of mammals, birds and insects were also dispersed. Steller’s Eider, for example, illustrated in the Steller paper, was drawn by Nodder from Steller’s specimen which ended up in the Leverian Museum in England.

Pallas’s publications describing new bird species were of immense interest to the ornithological community. Species first described and attributed to Pallas and their publication dates, as cited in the AOU 1998 Checklist, include:

Type specimens of Sanderling (1764) and Caspian Tern (1770) were taken by Pallas from continental Europe.

This impressive list, largely of seabirds of the Pacific Northwest, ranks Pallas ahead of Audubon as a leading describer of North American birds. Only four ornithologists, the giants of North American ornithology, Linnaeus, Gmelin, Wilson and Vieillot rank higher.

Pallas's life work was to create a complete catalogue of the plants and animals of Russia. The first Russian volume, Flora Rossica, was published between 1784-1788. Unfortunately, it was never finished.

Pallas settled in the Crimea in 1795 and at once set to work to condense his vast mass of notes, and put into shape his great work Zoographia rosso-asiata published in 1811, the year of his death.

Pallas had a lifelong interest in affinity between species. He developed this idea by representing the relationships of organic nature as trees. He was the first person to publish this in diagrammatic form in his 1766 work Elenchus Zoophytorum. Unfortunately an examination of this impressive volume in Latin, the copy available through the Biodiversity Heritage Library does not contain the tree diagram.

Pallas’ attempts to expose a natural classification system runs throughout his impressive monographs including: Antelopes (1767), Rodents (1778, 1811) and the Buntings (Emberizidae, 1811).

Peter Simon Pallas was a hugely important figure in the development of ornithology as a science in the late 18th century. Despite never visiting North America his publications made a significant contribution to the zoogeography of the avifauna of the Pacific northwest of North America.

A Wikipedia URL, which lists an impressive 213 Taxa named by Pallas, is set out below: https://en.wikipedia.org/wiki/Category:Taxa_named_by_Peter_Simon_Pallas